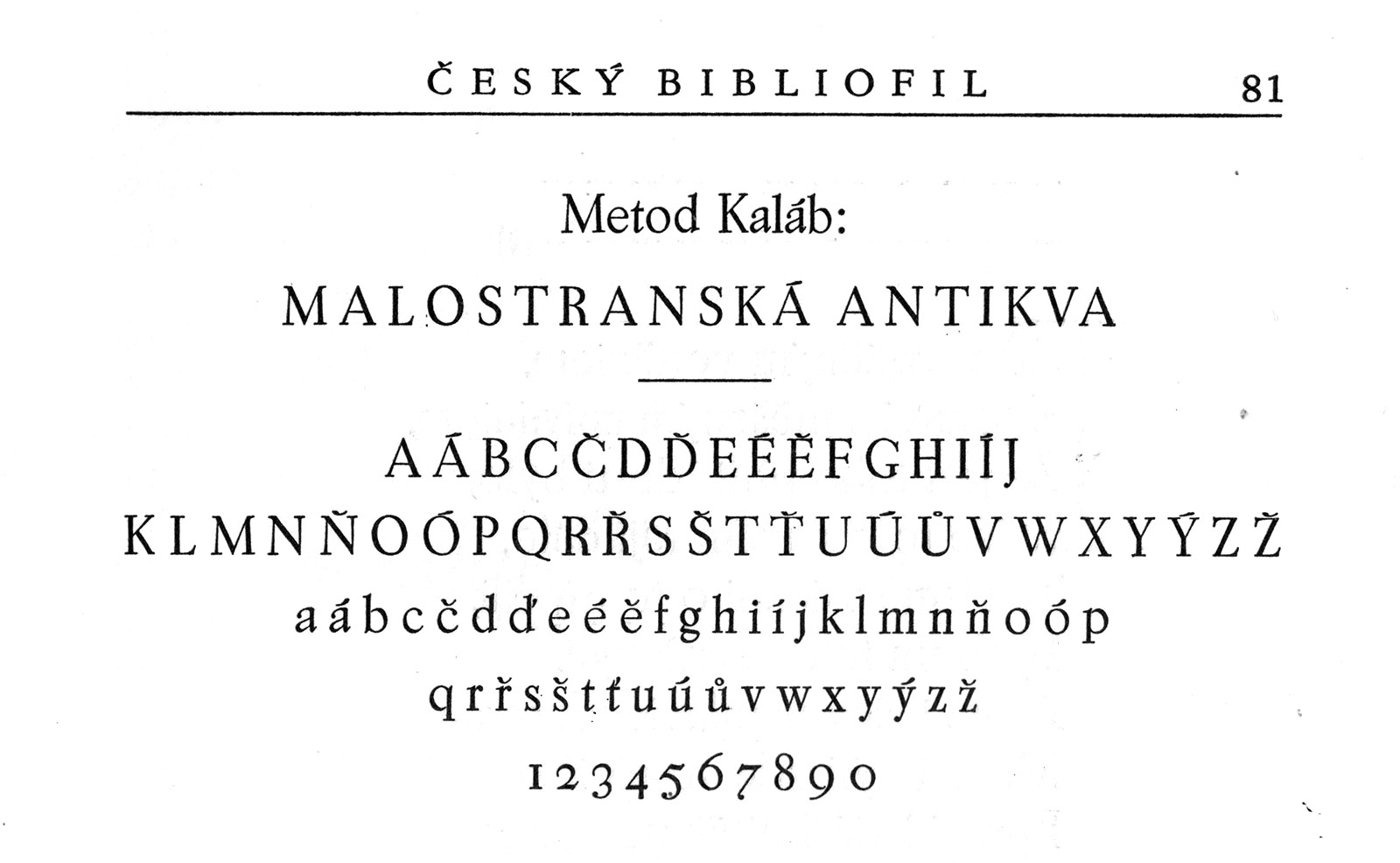 Transka typeface was created based on Karel Dyrynk’s type Malostranská antikva from 1927. Dyrynk was a Czech typographer, font creator, book designer, editor, professional publicist and headmaster of the National Type Foundry. He is also author of many publications about typography and he was successful also outside of Czechoslovakia.

Malostranská antikva was used for book typography and was an inspiration for Transka type into large extent. Transka keeps its tightness, lightness and shadow axis. Some interesting details can be found in the moment of bowls and lobes in case of the minuscules excel arc letters. Some letters (for example p, d, b) are not tightened up to the stem. This moment is reflected in the whole type and it is one of its unifying elements. For its decorative and slim appearance it suits better to shorter and texts with larger size of letters. That is why Transka type is a headline type even though it is based on type used for books. Also type is separated by some elements that are replaced for example by thickening instead of ball terminals, serifs are straightened so the differences are more noticeable.

Contrasts are also visible between obtuse and sharp curves of the letters that illustrate name of the type. It is a combination between feminine softness and masculine hardness.

Type is intended for newspaper headlines, leaflets, posters, book covers or other kind of labels.