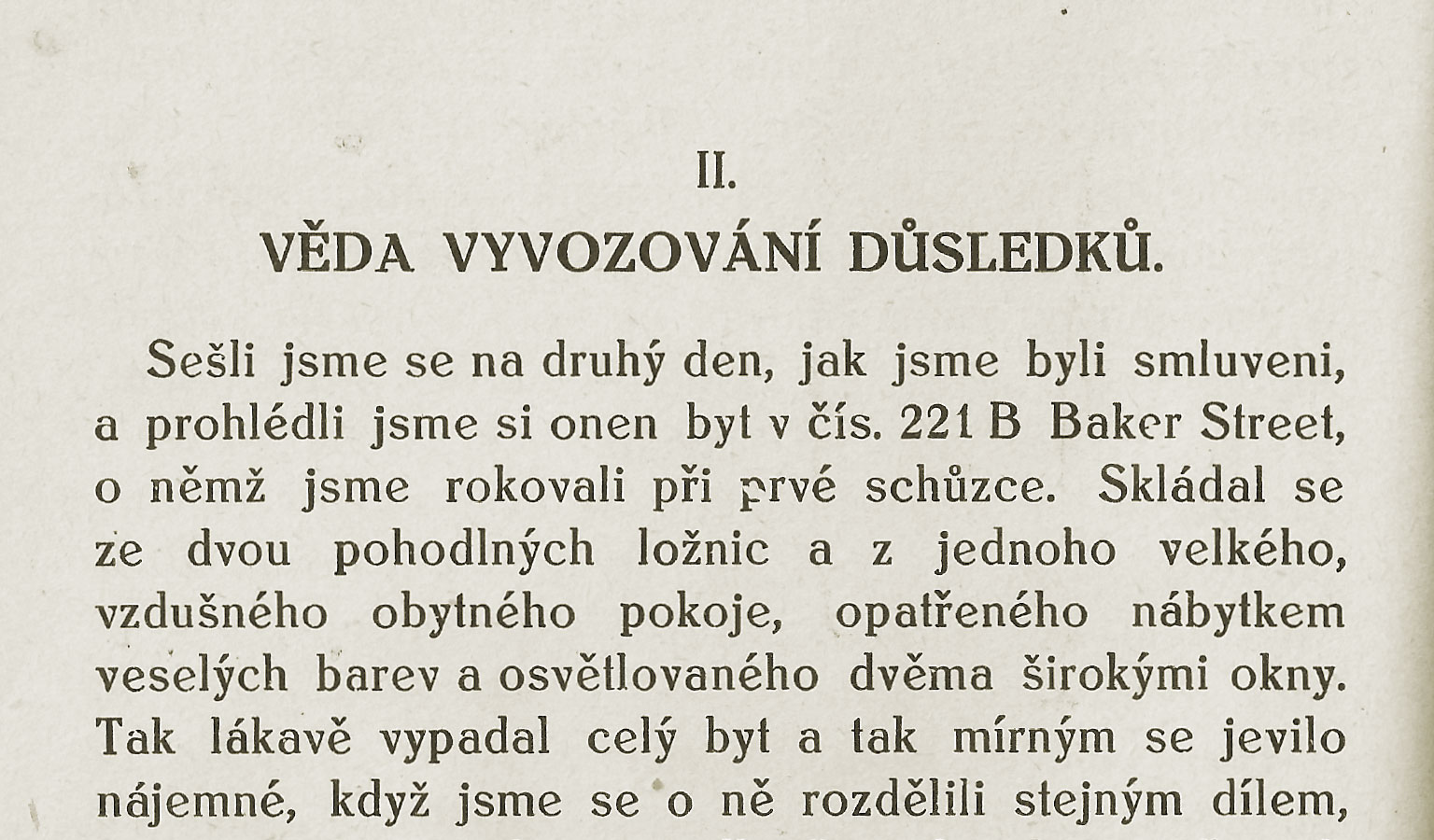 The origin of the Mnich typeface, which was chosen as a base for Resece, is dated probably to the turn of the 19th and 20th century. It is visibly affected by an Art Noveau, which follows also the Resece typeface.
Firstly the original font was redrawn freely with the most noticeable change in drawing, which became almost monolineral. Despite the fact that the shading of letters was made conspicuous again, the Resece typeface does not look so full of contrast as the old version does. The most remarkable is unusual contrast between inner round and outer angular elements. This change helps to improve impression of typesetting in smaller sizes. Serifs were due to optical needs lengthened and overall extended. Cap line was cutted down sensitively to support compactness of the words, which contain upper case and lower case characters − first upper letter is not highlighted by its matter as much with its matter as it was in original script.

Figures are now partly oldstyle with its own line. They look better with lower case and in longer blocks of numbers, due to this change. The character “0” has reversed contrast of shading, as it is usual with antiqua typefaces.